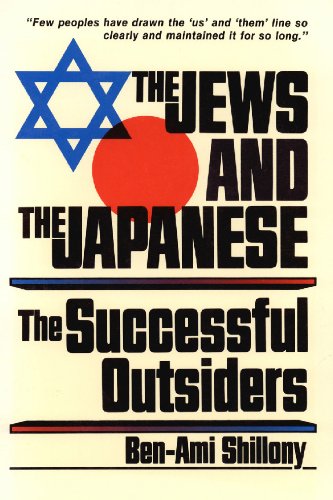 "Few peoples have drawn the 'us' and 'them' line so clearly and maintained it for so long." —From The Jews and the Japanese

It is difficult to imagine two more widely different—almost incompatible—societies than those of the Jews and the Japanese: a people spread over the four corners of the world versus a people with an almost uninterrupted history of sovereignty in its own land: geographical heterogeneity versus linguistic and cultural homogeneity; a cosmopolitan experience versus an island mentality; strict religious and moral commandments versus group–based and aesthetically bound values. Yet, there are also surprising analogies between these two peoples. It is this extraordinary combination of similarities and differences that are explored.

In The Jews and the Japanese, Professor Shillony describes how these two peoples, both rich in cultural heritage and historical experiences, have interacted with the Christian West, their outstanding achievements and immense tragedies, and their attempts to integrate with the West and its repeated rejection of them.