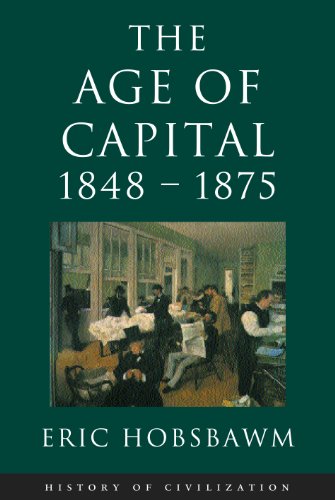 Eric Hobsbawm's magnificent treatment of the crucial years 1848-1875 is a penetrating analysis of the rise of capitalism and the consolidation of bourgeois culture. In the 1860s a new word entered the economic and political vocabulary of the world: 'capitalism'. The global triumph of capitalism is the major theme of history in the decades after 1848. The extension of capitalist economy to four corners of the globe, the mounting concentration of wealth, the migration of men, the domination of Europe and European culture made the third quarter of the nineteenth century a watershed. This is a history not only of Europe but of the world.

Eric Hobsbawm's intention is not to summarise facts, but to draw facts together into a historical synthesis, to 'make sense of' the period, and to trace the roots of the present world back to it. He integrates economics with political and intellectual developments in this objective yet original account of revolution and the failure of revolution, of the cycles of boom and slump that characterise capitalist economies, of the victims and victors of the bourgeois ethos.